Simeon II of Bulgaria at the Royal Academy of Fine Arts in Madrid in June 2016. Photo: EPA/FERNANDO ALVARADO

The court found that Bulgaria breached their rights by imposing a ban on any commercial exploitation of forestland owned by the siblings. The court said it found that the Bulgarian authorities "failed to justify the broad measures it had instituted to protect the forestland".

Lawyers for former Serbian State Security Service officials Jovica Stanisic and Franko Simatovic appealed on Monday against the verdict in June which sentenced them both to 12 years in prison for aiding and abetting crimes war crimes in Bosnia and Herzegovina in 1992. 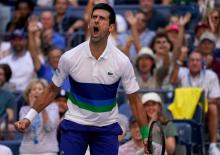 Serbian tennis player Novak Djokovic played an unexpectedly uncertain match against Kei Nishikori, which lasted more than three and a half hours, advancing against Kei Nishikori 3: 1 (6-7, 6-3, 6-3, 6-2) in the third round.
The match once again showed that Djokovic manages better when he plays in three won sets, instead of two, as was the case at the Olympic Games.

The National Authority for Consumer Protection (ANPC) has issued a fine to Raiffeisen Bank worth 100,000 RON (rd 20,280 euro) for incorrect commercial practices and decided to suspend the bank's activity regarding this behaviour, the first time such a measure was applied n Romania, as well as ordered it to return the illegally cashed commissions from customers, the ANPC informs.

Djokovic advanced to the third round with a 3-0 victory over Tallon Griekspoor, in a match that lasted 99 minutes.
The world No. 1 broke early, twice in each set, and smoothly cruised to a 6-2, 6-3, 6-2 victory.
Novak was in the mood after the match. 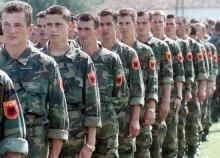 Due to their publication, officials of the Kosovo Liberation Army War Veterans' Association Hysni Gucati and Nasim Haradinaj were arrested and accused of undermining the work of the court.

The head of the Serbia's government's office for Kosovo, Petar Petkovic, said on Wednesday that the confirmation of the two-year sentence handed down to Kosovo MP and former minister Ivan Todosijevic was a "shameful, unacceptable and political verdict".

Raiffeisen Bank proceeded to implement the ANPC (National Authority for Consumer Protection) order according to which the management fee could not be included in the interest margin for the restructuring of the loans, and after the restoration of the calculations, the bank will return to the clients any amounts collected in excess, the bank's representatives told AGERPRES.

The Turkish Volleyball Federation (TVF) has backed the national athlete Ebrar Karakurt, who recently became the target of homophobic attacks after sharing a photo on Instagram with a woman believed to be her girlfriend.