The parliament of the Bosnian Serb entity, Republika Srpska, RS, on Wednesday called for the closure of the Office of the High Representative, OHR, the international body overseeing the peace in Bosnia and Herzegovina. 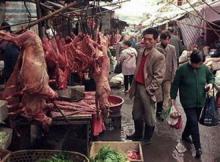 Demand for regular supplies of affordable meat will create future pandemics that will make Covid-19 pandemic look like a "dress rehearsal", scientists are warning.

Producing meat is creating the perfect breeding ground for diseases of the same kind to emerge, according to the South African academics.

Almost a third of the world's destinations are currently completely closed to international tourists because of the pandemic, the UN tourism body said. 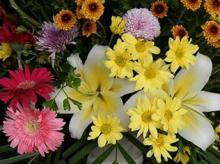 We wish you to be always beautiful and tender because you are those who make us rise every morning with the thought that life has a meaning!

Ljubljana – The Slovenian PEN Centre and Mira, the women’s committee at the centre, warned of violence against women ahead of Woman’s Day, 8 March, while the Manager Association warned of inequalities at work, aggravated by the Covid-19 epidemic. A number of online discussions on the problems and potential of women will be held today.

In a bid to accelerate the stalled peace process, a meeting between the Afghan government representatives and the Taliban would be arranged in Turkey, according to a letter leaked by Afghanistan's Tolo News on March 7.

The letter was sent by U.S. Secretary of State Antony Blinken to Afghan President Ashraf Ghani, revealed in the leaked letter. 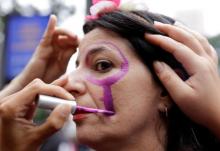 Over the past year, the world has experienced unprecedented challenges due to the COVID-19 pandemic, which has affected every aspect of our lives. At the same time, we still need to tackle age-old, persistent problems of inequalities, discrimination and exclusion that have not yet been resolved.

Thousands of Myanmar anti-coup demonstrators hit the streets on March 7 as the junta regime continued its crackdown, amid overnight raids in parts of Yangon which targeted officials from Aung San Suu Kyi's political party.

Libya's democratic steps based on dialogue and national consensus in the political process offered an important window of opportunity for permanent peace in the country, the Turkish Foreign Ministry spokesman said on March 6. 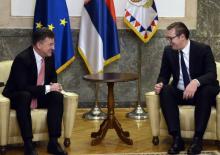 "Brussels and Washington should make it clear to Kosovo Albanians that Serbia's position on recognizing Kosovo's illegally declared independence is unshakable: such a solution, as far as our side is concerned, cannot be part of a comprehensive agreement on normalizing relations between Belgrade and Pristina," Novosti wrote.