A change in the law between 2003 and 2007 allowed him to do so by declaring that relatives of Srebrenica victims could be buried alongside them at Potocari. Then the law changed back, limiting the cemetery to only those killed in July 1995.

Such details, however, were lost on Twitter users who in June wrote: "Emir Suljagic, exhume your father from the cemetery in Potocari!"

The two patients at the Floreasca Hospital, seriously injured in the Petromidia explosion, were transported to Germany on Monday, by a military aircraft, informs the Ministry of National Defence (MApN).

Midhat Poturovic's exhibition 'Soul of Srebrenica' opened on Saturday at the EndzioHub gallery in central Belgrade, unaffected by a small demonstration outside by supporters of jailed Bosnian Serb military chief Ratko Mladic.

The World Health Organization said on July 2 that Covid-19 tests should be carried out in schools in some circumstances to avoid the "harmful" effects of closures and remote learning.

Brnabic will speak at the high-level plenary session, which starts at 12 o'clock, the government's Office for Cooperation with the Media announced. The topics of the panel are preserving and reviving the European perspective of the region, successes and challenges in the Western Balkans, as well as joint work on managing the future.

Turkey will hold a high-level meeting under the leadership of President Recep Tayyip Erdoğan to discuss ongoing talks with the United States over the former's bid to operate Kabul International Airport after the completion of NATO's withdrawal from Afghanistan, the defense minister has said.

After the idea of an International Yoga Day was proposed to the U.N. General Assembly in 2014, 177 countries co-sponsored the resolution, as the ancient practice brings not only peace and harmony to people but also unity to countries, Indian Ambassador to Turkey Sanjay Panda has said.

The International Telecommunication Union (ITU) hasy signed an agreement with the Government of Romania for the hosting of the ITU Plenipotentiary Conference 2022 (PP-22) in Bucharest, Romania's National Communications Administration and Regulation Authority (ANCOM) reported in a press statement released on Thursday. 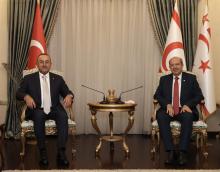 Following recent attempts to relaunch talks aimed to resolve the Cyprus dispute, Foreign Minister Mevlüt Çavuşoğlu has called on the international community to "take a chance," while recalling that Turkish Cyprus has taken a position for a two-state solution in the last meeting in Genova. 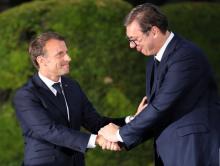 Deputy Prime Minister of the Government of Serbia and the President of the Coordination Body for Gender Equality, Zorana Mihajlovi, said that today in Paris.