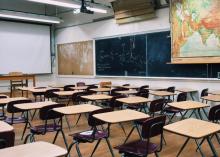 Six hours behind the desk are enough for teenagers to develop some form of depression, according to researchers quoted by Metro. The newspaper cites a study by specialists at University College London. They examined data from 4257 adolescents whose movements were monitored with accelerometers for at least 10 hours a day. Participants' behavior was reported at 12, 14, and 16 years of age.

Scientists recommend that we go to a theatre or exhibit at least once a month after finding that it can reduce the risk of early death, BTA reported.

The most severe habits can be broken in 66 days. This was summed up in a report by University College London researchers.

According to their analysis, each new habit is formed over a period of 2 months, for some people it may take only 18 days and for others it may take up to 254.

The Greek government on Thursday nominated Ioannis Lianos, Professor of Competition Law and Public Policy at University College London, as head of the country's Competition Commission.

Students of Bucharest University (UB) and of the University Politehnica of Bucharest got many prizes at the International Mathematical Competition for University Students 2019 (IMC 2019), which took place in Blagoevgrad , Bulgaria, July 28-August 3.

Following the sad passing of Dejan Anastasijevic, his friends and colleagues have paid tribute to his full and impactful life, his sterling, courageous work in exposing the truth and his warm personality.

A wave of migrants from what is now Greece and Turkey arrived in Britain some 6,000 years ago and virtually replaced the existing hunter-gatherer population, according to a study published April 15 in the journal Nature.

The study is one of several to address the "carbon budget", which - among other things - determines how much CO2 the planet can emit and still reach a given limit for global warming. 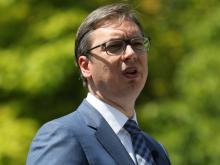 After ruling the country for three years as Prime Minister, Vucic will be sworn in as Serbia's new President in parliament on Wednesday.

His victory in the April 2 elections prompted some foreign politicians to congratulate him, predicting that he would contribute to regional stability and to the EU accession process.