BELGRADE - The Serbian parliament ratified on Thursday three international loans which will allow for a revamp of 1,100 km of roads in Serbia.

The amendments will regulate the business relations between the large retail chains and the suppliers and will impose a number of restrictions on the chains.

BELGRADE - Public company Koridori Srbije (Corridors of Serbia) managed to draw minimum 40 percent of the EUR 275.2 million loan provided by the World Bank (WB) for the construction of the road Corridor 10 before the deadline expired, and avoid the risk of loan cancellation, or even sanctions, Koridori Srbije director Dmitar Djurovic told Tanjug on Monday. 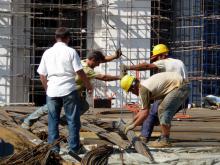 The construction sector, which grew by 13.7 per cent in the first quarter of 2014, is seen as the main driver of the current growth rate, which matches official economic forecasts for the year.

The new government platform submitted by Nikola Gruevski after he won the April general elections set economic growth for this and next year at three to four per cent.

Turkey grew 4.3 percent in the first quarter on the heels of strong export performance, which makes harder to guess countryâs economic performance for the rest of year Before 1980, the Turkish economy concentrated on the domestic market.

Eleven people, including election workers, were killed in Afghanistan when a roadside bomb blew up their bus, the governor of the northern province of Samangan said on June 15.

Afghans headed back to the polls on Saturday for a second round of voting to elect a successor to President Hamid Karzai in a decisive test of Afghanistan's ambitions to transfer power democratically for the first time in its tumultuous history.

Afghans headed to the polls on Saturday morning to choose a successor to President Hamid Karzai in a second round of presidential elections.

The run-off election is the second voting day in less than three months after no candidate won more than 50% in the April poll.