Montenegro's Special State Prosecutor's Office has opened a case against retired admiral Dragan Samardzic, the former Chief of the Army General Staff, over allegations that he was involved in war crimes committed against civilians in November 1991 in the area around the Croatian coastal city of Split. 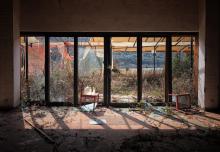