YEREVAN - Serbia understands the suffering of the Armenians that began on April 24, 1915 because the people of Serbia were victims of genocide committed against them in World War II, Serbian MP Aleksandar Cotric said during a global panel against the crime of genocide held in Yerevan.

BELGRADE - The standing delegation of the National Assembly of the Republic of Serbia to the Inter-Parliamentary Assembly on Orthodoxy (I.A.O.) attended the joint session of the committee for education and culture in Tbilisi, the Serbian parliament released on Wednesday.

BELGRADE - Serbian Renewal Movement (SPO) MP Aleksandar Cotric said on Tuesday that he has tabled to the Serbian parliament a proposed declaration condemning the crimes committed by the totalitarian Communist regime after September 12, 1944.

BELGRADE - The participants of an international conference titled Human Dignity, Freedom and Rights: Christian Dimension, held in Slovenia, have sent an appeal to Pristina city authorities to abandon a scheduled demolition of the temple of Christ the Savior in downtown Pristina.

BELGRADE - Serbia is entitled to request rights for its minority in Albania, as the Albanian minority in Serbia has absolutely all the rights, in line with top European and world standards, Aleksandar Cotric, a member of the Serbian parliament's committee on the diaspora and Serbs in the region, said on Friday. 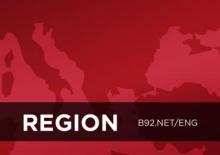 
BELGRADE -- Serbia has the full moral right to demand for its minority in Albania the same that it provides for the Albanian minority in Serbia, says an MP.

BELGRADE - Albania does not have a law on national minorities and this is why Serbs and other minorities in the country are not recognised as a national minority, Aleksandar Cotric of the Serbian parliament Committee on the Diaspora and Serbs in the Region said on Friday.

BELGRADE - Head of the Serbian parliamentary committee on the diaspora and Serbs in the region Aleksandar Cotric said Wednesday that he expects Serbian government to send a demarche to the government of Hungary over the incident in which unidentified persons removed, for the third time, the Serbian and EU flags from a building in Budapest which hosts the offices of several Serb minority institu

BELGRADE - Serbs in Albania are one of Europe's most endangered minority communities as they have no recognised status of a national minority or the right to receive institutional education and information in their native tongue, and face assimilation and complete extinction as a result, Serbian Renewal Movement MP Aleksandar Cotric warned on Sunday.

BELGRADE - The anthology of Serbian anti-war aphorisms entitled "A shot in the war" (Gerrari tiroka) has been published in Spain, in the Basque language, the Section of Satirists of the Association of Writers of Serbia has stated.

The anthology was issued by the publishing house Erroteta, based in Amorebieta-Etxano, north Spain, on the coast of the Bay of Biscay.