Minister of Agriculture Bledi Cuci (left), and EU ambassador in Tirana Luigi Soreca at the presentation of the assessment of November 2019 earthquake damage in Tirana on February 5, 2020. Photo: Gent Shkullaku/LSA

It estimated the cost of damage to both public and private properties at 844 million euros and the cost of their reconstruction at 1.07 billion euro.

The damage caused by the devastating earthquake that struck Albania on the morning of November 26 last year was estimated at more than EUR 985 million. The figure was announced by Agriculture Minister Bledi Çuçi in his latest damage assessment report on January 30, BGNES reported. 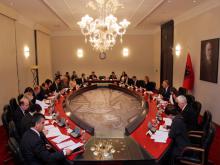