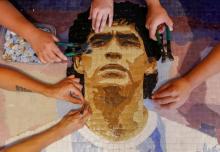 Argentines took to the streets on Wednesday to demand what they say is justice for Diego Maradona after the soccer icon's death in November sparked investigations into how he died and whether there had been any negligence in his care. 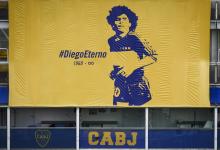 Diego Maradona's surgeon responded to the launch of an investigation for involuntary manslaughter by saying he did "everything he could, up to the impossible" for an "unmanageable" patient.

Earlier in the day prosecutors in San Isidro, near Buenos Aires, said they were investigating Leopoldo Luque while Argentine television showed police raiding the doctor's surgery and home.