On February 15, 2020, the Ministry of Justice sent the request of the Prosecutor General for the extradition of Vasil Bozhkov to the Bulgarian Embassy in the United Arab Emirates (UAE). The documents translated into Arabic were also sent.

The letter of Minister Danail Kirilov to the UAE Minister of Justice and the extradition documents will be transmitted through diplomatic channels. 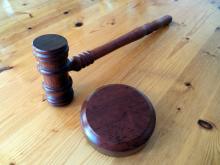 After the vote, Ivan Geshev was brief in his speech and thanked those who voted for him.

With 24 votes in favour, the SJC proposes to the President to issue a decree appointing Ivan Geshev.

Bulgaria's government on August 8 approved a decision on the planning and conduct of the upcoming elections for municipal councilors and mayors on October 27. Deputy Prime Minister Tomislav Donchev was assigned to be in charge of the preparation and organization of the local government elections, reports BNT.

Deputy Prosecutor-General Ivan Geshev remains the only Supreme Judicial Council (SJC) nomination for Prosecutor General, BGNES reported. According to Justice Minister Danail Kirilov, only one nomination is a historic event. 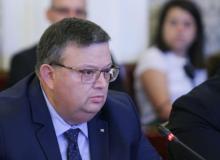 Money will be used to finance three priority targets to prevent domestic violence against both women and men.

The Ministry of Justice has allocated BGN 450,000 for programs to prevent domestic violence against both women and men in 2019. This was announced by Justice Minister Danail Kirilov. 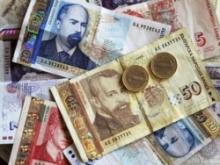 Last year, The Ministry of Justice has allocated 360 000 leva for combating domestic violence. This was announced by Bulgaria's Minister of Justice Danail Kirilov from the parliamentary tribune. The money was received by 17 organisations.

President Rumen Radev will talk to the representative of the Supreme Judicial Council Boyan Magdalinchev.

The conversation is part of a series of meetings that the head of state has initiated in connection with the selection criteria and the powers of the next Chief Prosecutor.

President Rumen Radev continues the series of meetings in connection with the forthcoming election of a new Chief Prosecutor.
Today he will accept the chairman of the Supreme Administrative Court Georgi Cholakov.