We're not dsk drudges, we go to pubs and bars too, and we know what's going on there, stated Deputy Minister of Health Dimitar Petrov on BNT commenting on the protests of restaurateurs and hoteliers against the new redtrictive measures of the health authorities, which enter into force on 7 September.

Within days, our country will enter the orange zone for the spread of coronavirus due to the increase in cases. This was announced to bTV by the Deputy Minister of Health Dr. Dimitar Petrov.

According to him, the measures will be tightened, but it will be more in the strengthening of control. There will be a more drastic tightening when we enter the red zone.

The military pilot Valentin Terziev, who died during exercise with his MiG-29 fighter, was posthumously promoted to the rank of "lieutenant colonel", Ministry of Defense announced.

By order of the Minister. Terziev was awarded the Order of St. George First Degree for officers. 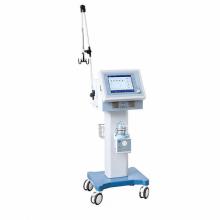 Speaking to BNR the caretaker Deputy-Minister of Health Dr. Dimitar Petrov announced various violations of procedures by the previous government of B. Borissov.

The materials from the inspection of the Ministry of Health for respirators, masks and medicines bought from China for the period of the epidemic situation from May 13 last year will be  send to the prosecutor's office.

"At this point the inspections of the previous management of the Ministry of Health found numerous violations and flagrant cases of one-person decision-making for the conclusion of multimillion-dollar contracts by Deputy Minister Zheni Nacheva." This was announced by caretaker Deputy Minister of Health Dimitar Petrov in the studio of "Bulgaria in the Morning".

There are reports of illegal practices and inpatient fraud in Pirogov emergency hospital. The inspection is underway there, as well as in other hospitals across the country. It has nothing to do with a purge, but there are several problems in the provincial and Sofia hospitals, caretaker deputy Minister of Health Dimitar Petrov said in the studio of Nova TV.

Caretaker Health Minister Stoycho Katsarov made the first reshuffle in the health ministry. He replaced the CEO of the medical supervision executive agency. Until now, it was headed by Dr. Georgi Deyanov, and now Dr. Georgi Hristov assumed this office.

Charges have been brought against four persons after the organ trafficking group has been dismantled, head of the Special Prosecutor's Office, Dimitar Petrov, told a press briefing on the operation, a Focus News Agency reporter said.

25 people from a disrupted drug trafficking group and their leader Radmil Ranov, have been circulated as internationally wanted. European arrest warrants have been issued for them. The group forced dealers to sell drugs on their behalf, reports BNT.

Thirty-two people have been charged with drug offenses after a crime group has been dismantled, seven of them have been remanded in custody, the head of the Special Prosecutor's Office, Dimitar Petrov, said at a press briefing regarding the law enforcement operation, Focus News Agency reported. For part of the accused a European arrest warrant has been issued, he said.