President Klaus Iohannis on Saturday had a telephone conversation with United States President Donald J. Trump, at the request of the U.S. side, the discussions having focused on the epidemiological crisis generated by the novel coronavirus and the manners to consolidate the transatlantic relations and the Romanian-U.S. Strategic Partnership.

"Big WIN for us in Iowa tonight. Thank you!", Donald Trump wrote on Twitter.
Trump campaign used yesterday's contest to test its organizational strength, deploying Cabinet secretaries, top Republican officials and Trump family members to the state, as AP reports.
It's unusual for Iowa to even be holding a GOP contest with an incumbent in the White House.

Albania became the target of Iranian ire when it started hosting the MEK, a cult-like organisation and one of the bitterest adversaries of the Iranian regime. In 2013,

Everyone said it couldn't be done. But for the first time in a generation, there will be direct flights between Serbia and Kosovo. Another win. Thanks to @WHNSC Ambassador Robert O'Brien and Ambassador @RichardGrenell! pic.twitter.com/0qSLryG96B

On his twitter account, Vucic wrote that he was very grateful to O'Brien and Donald Trump's Special Envoy Richard Grenell for their role in establishing a direct Belgrade-Pristina flight.
"Serbia is ready to pursue more such initiatives, bringing people in the Balkans closer together", Vucic wrote.

President Donald Trump's legal team issued a fiery response on Jan. 18 ahead of opening arguments in his impeachment trial, while House Democrats laid out their case in forceful fashion, saying the president betrayed public trust with behavior that was the "worst nightmare" of the founding fathers. 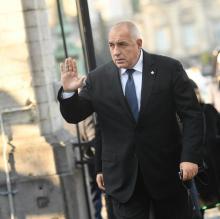 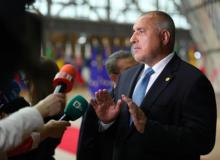 Prime Minister Boyko Borissov has revealed what a gift he will give to President Donald Trump during his upcoming visit to the White House on November 25th. The gift for the US President will be produced in Gabrovo and will be unique.

US President Donald Trump has announced that a new trade agreement with China will be signed shortly. Where this happens will be announced soon.

Under the plan, the partial trade deal, known as phase one, was due to be signed at the APEC regional summit, which Chile canceled on Wednesday because of a riot in the capital, Santiago.

Last night US President Donald Trump abandoned his plans to host the G7 summit in 2020 at his golf club in Florida after Democrats and others criticized the decision was a brazen attempt to use his position to benefit his private businesses.