USR (Save Romania Union) leader Dan Barna on Monday reiterated his support for the organisation of snap polls, and also for the election of mayors in two rounds. "The USR-PLUS (Liberty, Unity, Solidarity Party) Alliance remains consistent in the message that it has kept sending for the past two years: that Romania needs to elect its mayors in two rounds.

The alliance of Save Romania Union - Freedom, Unity and Solidarity Party (USR - PLUS) requests President Iohannis urgently summon to consultations the parties with mandates in the European legislative body to propose a new commissioner, after the rejection of the candidacy of Rovana Plumb.

The Romanian presidency of the EU Council was headed by the government, and it was not dignitaries or diplomats of Romania that carried out the tenure, Prime Minister Viorica Dancila said on Tuesday in a debate that assessed the Romanian presidency of the Council of the EU, organized at a plenary session of the European Parliament in Strasbourg, in response to the criticism by PLUS MEP Dragos T

TIMISOARA - Serbian Minister of Interior Nebojsa Stefanovic and his Romanian counterpart Dragos Tudorache on Thursday signed a protocol on cooperation of the two ministries on the establishment and activities of joint patrols along the common state border. 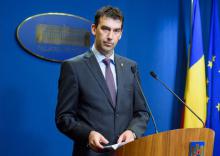 Prime Minister Dacian Ciolos on Tuesday proposed Dragos Tudorache, the head of his chancellery, as the country's new interior minister with a brief to prepare for parliamentary elections which are scheduled to be held by the end of the year. 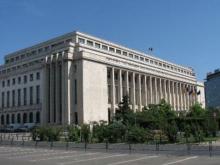 After months of hesitation over a new financial agreement with international lenders, Romania is preparing to reject a fresh deal with IMF, as the new technocratic government is confident that it can consolidate the country's macroeconomic indicators.