An Alley of Bulgaria's Olympic Glory was officially opened on Friday in the town of Sveti Vlas on the Black Sea coast of the country, the Bulgarian Olympic Committee (BOC) said.

The alley, which is located on one of the busiest streets, contains the bas-reliefs of the 48 Bulgarian athletes who have won 52 Olympic gold medals for Bulgaria, the BOC said in a press release.

Three days after the final adoption of the elected law amendments they have opted for, the government refused to change the rules for preferential voting and its intention to keep the current Central Electoral Commission (CEC) to hold MEPs' election despite its expiring term, reports Dnevnik. 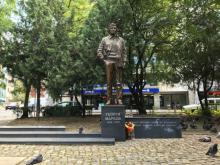 On September 7, 1978, the Bulgarian journalist, playwright and dissident from the regime of the People's Republic of Bulgaria, Georgi Markov, was poisoned with a ricin-filled pellet shot from a modified umbrella while crossing Waterloo Bridge in London. Four days later, he died. 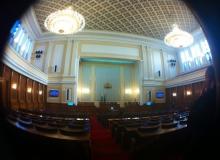 The Parliament approved the request from Citizens for European Development of Bulgaria (GERB) to dismiss Valeri Zhablyanov as Deputy President of the Parliament, BNT reports. The proposal was adopted with 110 to 71 votes.

Bulgarian MPs on Wednesday backed changes to the Judicial System Act - proposed in June by MPs from the centre-right GERB party of Prime Minister Boyko Borissov and the nationalist United Patriots - banning the unions of judges, prosecutors and investigators from receiving any other forms of funding, apart from membership fees and donations.

Bulgaria's President, Rosen Plevneliev, has unveiled a statue of the Bulgarian dissident Georgi Markov, who was assassinated on Waterloo Bridge in London in 1978 in one of the most infamous targeted killings of the Cold War era. 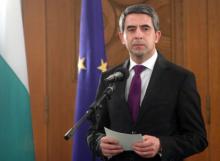 Bulgaria's President Rosen Plevneliev will not appear in front of the temporary parliamentary committee set up to probe his meeting with EVN officials in Vienna earlier this year.

During a visit in the Pristoe village, Plevneliev told journalists that he “will not legitimate anti-democratic and anti-constitutional activities”. “I believe in this manner I work for government of law.” 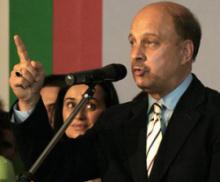