Grigor Dimitrov defeated the No.3 Stan Wawrinka 6: 4, 6: 4 in the 1/4 finals of the Acapulco Tennis Tournament to reach the semifinals of the tournament in an hour and 25 minutes of play.

With this victory, Dimitrov improved to 11-2 at this event and also kept alive his hopes of winning his second Acapulco Open title, Essentially Sports reported.

The big star of Bulgarian tennis Grigor Dimitrov returns home and will participate in the Sofia Open 2020. The fifth edition of the ATP 250 tournament in Sofia will be held from September 27 to October 4 at the Arena Armeec.

Vladimir Iliev was named the Athlete of the Year for 2019. The biathlete deserves our distinction after winning a silver medal at the Biathlon World Championships in Sweden earlier this year.

Earlier this week, Iliev was also honoured with the Sports Icarus Award.

Hristiyan Stoyanov was named Athlete of the Year with Disabilities.

At a press conference Grigor Dimitrov announced the big news that he will be the captain of the Bulagrian tennis team at the forthcoming ATP Cup which begins on January 3, 2020 in Australia, BNR reported.

Grigor Dimitrov has climbed seven positions up in the world rankings and is already the 20th in the world. The progress of the Bulgarian is due to his wonderful performance at the Paris Masters, where he reached the semifinals. 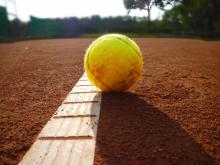 The organizers recall that the Bulgarian tennis player won his first Grand Slam trophy in Stockholm in 2013.