Seeking re-election, Igor Dodon is fanning the flames of dispute over the language Moldovans speak.

Russian billionaire Andrey Goncharenko, owner of a Gazprom subsidiary, on Tuesday, said he had given up his shares in Avia Invest, the company that has run Chisinau International Airport under a concession since 2013.

For years, the airport has been at the centre of controversies over its ownership and the legality of the concession awarded for the next 50 years. 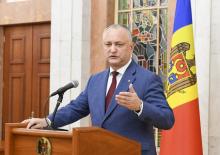 Economic and political analysts in Moldova have criticised an initiative by President Igor Dodon and the government led by Ion Chicu to shift 50 per cent of the National Bank of Moldova's annual profits into the state budget, describing it as a populist move that will not benefit ordinary people in the country.

According to its statements, the Chicu government had several key objectives. They were ensuring energy security, promoting social projects and, as the new Prime Minister declared right after his appointment, carrying out the same justice reform that was the real reason for the former government's fall.

The General Prosecutor of Moldova, Alexandr Stoianoglu, on Wednesday said charges against the former head of the intelligence service, SIS, Vasile Botnari, had been sent to court for the involuntary deportation in 2018 of seven Turkish teachers to Turkey, where they were jailed for alleged links to exiled cleric Fethullah Gulen.

The Romanian Academy of Sciences on Thursday dismissed claims put forward by the President of Moldova in Strasbourg that his country has its own language.

It said the theme of a "Moldovan language" promoted by President Igor Dodon at a speech to the Parliamentary Assembly of the Council of Europe on Wednesday was a revival of Soviet-era tropes.

The new mayor of the Moldovan capital is widely seen as Russia's most promising political advocate in the country, after President Igor Dodon. 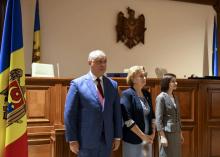 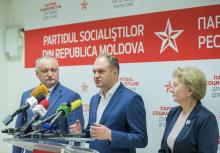 Socialist Party candidate Ion Ceban won the mayoral race for Chisinau in the elections on Sunday with 52.39 per cent of the votes cast.

The pro-European candidate and co-president of the ACUM bloc, Andrei Nastase, scored 48.61 per cent.

According to data from the Central Election Commission, Ceban won the votes of 123,807 citizens, while Nastase got 112,513 votes.