When Hatice Erdoğan Yılmaz heard about the assassination of U.S. President John F. Kennedy in 1963, she penned a letter to his wife, Jacqueline Kennedy. Jackie Kennedy then replied in a letter, with a photo of her family sealed in an envelope, to Turkey. 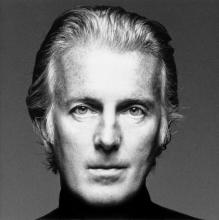 "It is with huge sadness that we inform you that Hubert Taffin de Givenchy has died," he said via the fashion house.

Generations of professional and amateur sleuths have spent decades steeped in the details of the JFK assassination. In coming days, they’ll be able to pore through thousands more files kept classified for 54 years.

On Saturday morning, President Donald Trump announced via Twitter that he will authorize release of the remaining documents.

"Everyone else my age is an adult, whereas I am merely in disguise," said the dysfunctional heroine of Margaret Atwood in "Cat's Eye," capturing my sentiments in the last one week of strong statements.

It was back in 1961 when Jackie Kennedy was pictured buying a Tefal pan in a store in New York. She surely had been a pioneer in spreading French style in the United States, but her taste was more in line with haute couture rather than French cuisine.

Natalie Portman will play the part of Jackie Kennedy in a biopic which will concentrate on the life of the famous former US First Lady, and the four days following her husband’s assassination.

“Jackie” will take start at the moment of John F’s assassination in Dallas, Texas, 22nd of November 1963.

Shooting is expected to begin by the end of 2015.