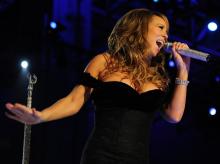 Between June 2018 and June 2019, the 29-year-old Swift earned an impressive $ 185 million. The performer's income comes mainly from the concert business. Her "Reputation" tour was announced as the highest grossing in the United States.

World-famous pop star Jennifer Lopez was on stage in Antalya on Aug. 6 night to enrapture her audience in the coastal city in western Turkey.

Pop star Jennifer Lopez arrives in Turkey's Mediterranean resort city of Antalya ahead of her concert on Aug. 6.

As part of the Regnum Live in Concert, US-Hispanic singer and actress Jennifer Lopez will perform in the southern province of Antalya. According to a statement made by Regnum Carya, the concert will be organized on Aug 6 as part of her 'It's My Party' tour.

Bulgarian pianist participated in the jubilee ceremony of the Billboard prizes for Latin music. In front of bTV, she shared what it was like to be on a scene with stars like Jennifer Lopez and Ricky Martin.

Jennifer Lopez had her own #MeToo moment years ago, but it did not turn out as planned for her would-be abuser.

Beyonce is the world's highest paid female singer. According to Forbes Magazine, for one year she has earned USD 105 million.

A major contribution to the singer's financial success has her Lemonade album last year and her world tour revenue.

The second in the charts is Adele. After returning to the scene and following World Tour, she added USD 69 million to her bank accounts.

Jennifer Lopez showed off her dancing skill at the SOMOS Live concert, which was dedicated to raising funds for the victims of the recent hurricane in Puerto Rico.
The explosive Latina singer opened the concert that was broadcast live on TV with a unique interpretation of her great success “Let’s get loud.” 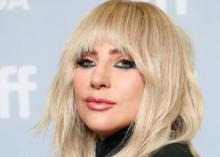 The singer confirmed she has made the generous donation that will target the populations of Texas, Florida, Puerto Rico and the Caribbean as well as those who suffered the earthquake in Mexico. 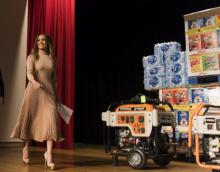 Jennifer Lopez has donated USD 1 million after the Puerto Rico disaster during a fundraising campaign in the state of New York to support the destroyed the island by the cyclone "Maria" five days ago, AFP reported.