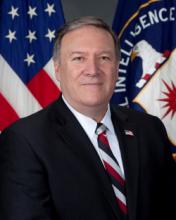 Mike Pompeo, the first diplomat of the US, arrived in North Korea, where he will hold talks to prepare the summit between President Donald Trump and North Korean leader Kim Jong-un, the France press reported, quoted by Focus.

AGERPRES special correspondent Florin Barbuta reports: The denuclearization of North Korea will last 3 to 5 years, and afterwards the economic freedom between the two countries will occur, the director of Korea Democracy Foundation, Shin Hyung-sik told AGERPRES. 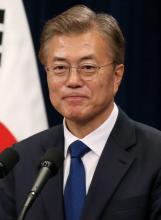 South Korea's president Moon Jae-in's rating for the first time in the past four months exceeded 70 percent after his historic meeting with North Korean leader Kim Jong-un, Jonhap said after a sociological study.

The Ambassador of the Republic of Korea in Bucharest, Kim Eun-joong talked, in an interview granted to AGERPRES, about the "invaluable opportunity" to accomplish denuclearization in the Korean Peninsula, to the benefit of the entire world.

The statement comes in the context of the upcoming North Korea - South Korea summit starting Friday. 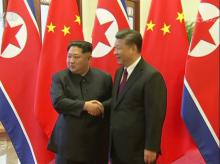 China has confirmed that the North Korean leader, Kim Jong-un, has visited Beijing, where he met the Chinese president, Xi Jinping, and pledged his commitment to denuclearising the Korean peninsula.

Confirming several reports over the last two days, Xinhua state news agency said Kim had been in China on an "unofficial visit" from Sunday to Wednesday. 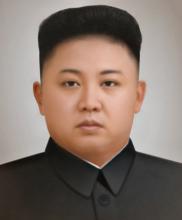 On unconfirmed information, the North Korean leader is on a first visit abroad.

It is believed that Kim Jong-Un has arrived in the Chinese capital. But neither Beijing nor Pyongyang confirm this information.

According to Japanese media, on Sunday morning a train crossed the border with China. Wagons were green in color, like Kim's father's train.

South Korea and the United States will resume joint military exercises on April 1 due to the Winter Olympics in South Korea's Pong Qiang last month, BTA reported on Tuesday, quoting AFP and TASS. 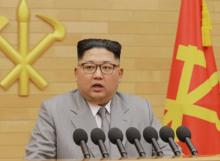 South Korea's foreign minister has said that North Korea's leader has "given his word" that he is committed to denuclearization, a prime condition for a potential summit with President Donald Trump in May.

North Korea's foreign minister arrived in Sweden for talks on Thursday, with a two-day visit, according to FOCUS News Agency.
Minister Ri Yong-ho landed at Arlanda Airport in Stockholm before boarding a diplomatic car without giving any statements to the media.