Croatian President Kolinda Grabar Kitarovic has angered some and delighted others with her statements and actions over the year.

1. The wrong kind of chocolate: 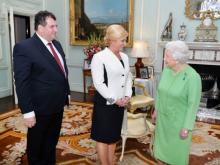 Croatia's President slammed Russian aggression, said uncontrolled migration represented a direct threat to Europe's stability and warned would-be EU members in the Balkans not to expect to join the club in hurry, in a speech at London's LSE Tuesday night. 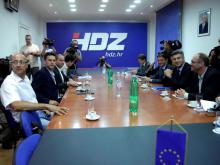 A centre-right coalition is emerging as the only likely option for a new Croatian government, as President Kolinda Grabar Kitarovic readies to start the first round of consultations on Wednesday with parties and individual candidates on naming a prime minister-designate.

Croatia's victorious centre-right Croatian Democratic Union - whose leader has made much of his move to the centre ground - has nevertheless slipped a few combative right-wingers into the new parliament. 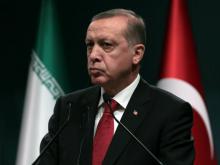 Turkish President Recep Tayyip Erdogan is visiting Croatia for the first time this week, aiming to firm up Turkey's position in the EU - and raising hopes of trade spin-offs for Turkish exporters. 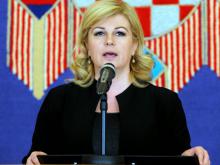 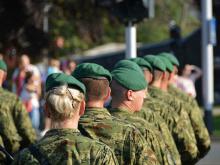 Current discussion in Croatia on re-introducing military conscription is "not serious" and shows a lack of proper analysis and preparation, a military analyst, Igor Tabak, told BIRN.

"The military doesn't serve itself and is financed from the state budget by the citizens - so starting such a debate without taking into account the basis for such a decision is frivolous," he said. 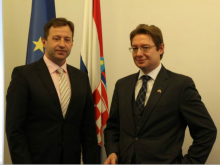 The Croatian economy ministry is thinking about removing the planned liquefied natural gas, LNG, terminal on the northern island of Krk from its list of strategic investment projects, media in the country have reported. 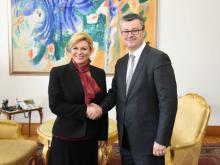 Croatian President Kolinda Grabar Kitarovic's constitutional and legal adviser, Vladimir Seks, was forced out on Wednesday after it emerged that he sought a pardon for a personal contact.