Branka Vierda of the Youth Initiative for Human Rights praised this week's decision by a Zagreb City Assembly commission to add the names of the Zec family, who were murdered in 1991, to a register of names of people who could be memorialised by having a street or public area in the Croatian capital named after them. 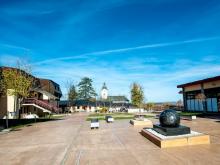 In the coming days in Belgrade, three girls who claim to have been the victims of sexual harassment as former students of the Petnica research station will give statements to the police.

Domžale – The 15th Mountain Film Festival starts on Monday in Domžale near Ljubljana, featuring 33 films from 19 countries in four categories: mountaineering, climbing, mountain nature and culture, and sports and adventure. The festival, concluding on Sunday, will bring a plethora of productions on wild animals and epic stories from the Himalayas.

Forty years ago tomorrow, on 28 January 1981, the first ever binding international treaty addressing the need to protect personal data was opened for signature in Strasbourg: the Council of Europe Convention for the Protection of Individuals with regard to Automatic Processing of Personal Data, also known as "Convention 108". 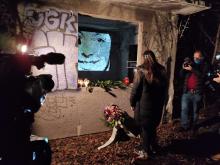 The Anti-Fascist League of Croatia held a memorial event on Monday evening for the three murdered members of the Zec family on Sljeme Hill above Zagreb, where they were killed by Croatian reservist policemen during the war in December 1991 - a crime that remains unpunished.

On the 29th anniversary of their deaths, activists laid flowers and lit candles near the site of the killings.

A lawyer for Milorad Radakovic, who was acquitted of committing war crimes in the village of Tukovi in the Prijedor area in June 1992, said on Wednesday that he is seeking 15,000 Bosnian marks (7,675 euros) in compensation from the Bosnian state for  the "mental suffering" he endured as a result of a restraining order imposed during his trial.

Mirjana Markovic, the widow of the former president of Yugoslavia, Slobodan Milosevic, died in hospital in Moscow on Sunday, Serbian media reported.

Markovic is reported to have undergone surgery several times in Russia recently, after which her condition deteriorated. The cause of death was not immediately made public. 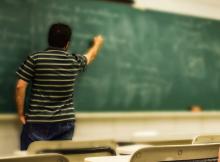 The Republika Srpska Education Ministry will introduce the Chinese language as an optional subject in elementary and secondary schools this September if there are enough interested pupils, RS Education Minister Dane Malesevic told BIRN. 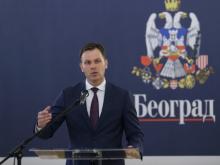 Serbian reporter Milka Domanovic on Thursday accused the Mayor of Belgrade of "denial", after his office dismissed claims that he had pushed her away while she was trying to ask him some questions.

Sinisa Mali's office has denied the incident, saying it was clear that journalists from Istinomer and the investigative network KRIK were trying "to provoke the mayor and cause incidents". 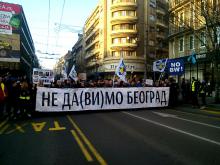 The movement 'Let's Not Drown Belgrade', which has been campaigning against the huge government-backed Belgrade Waterfront complex for years, gathered between five and ten thousand people in the Serbian capital to demand that Mayor Sinisa Mali step down.