Meghan Markle, Duchess of Sussex and wife of Britain's Prince Harry, is to produce an animated adventure series for Netflix about a 12-year-old girl who is inspired by historical female figures, her production company said on July 14.

The couple signed a deal to produce content for the popular streaming platform after quitting their royal duties in Britain. 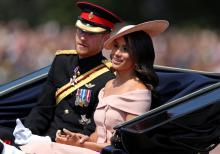 Britain's Prince Harry and his wife Meghan Markle are expecting their second child, a spokesman said in a Valentine's Day announcement.

The couple released a black-and-white image of them under a tree, all smiles, with Markle, 39, showing signs of pregnancy. 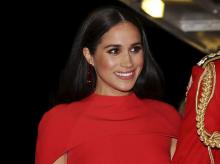 Meghan Markle on Feb. 11 won her high-profile privacy claim against a British newspaper group for publishing a private letter that she wrote to her estranged father.

The Duchess of Sussex, who is married to Queen Elizabeth II's grandson Prince Harry, brought the case against Associated Newspapers after extracts of the 2018 letter appeared in 2019. 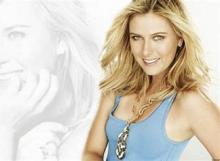 Maria Sharapova is getting hitched.

Gilkes, who has a reported net worth upwards of $20 million, and Sharapova both took to social media to share the news of their engagement.

French couture house Givenchy, owned by luxury goods giant LVMH (LVMH.PA) and known for once dressing Hollywood stars such as Audrey Hepburn, said on June 15 it had named Matthew Williams as its new creative director.

The Duke and Duchess of Sussex intend to step back as "senior members" of the British Royal family, the couple said in a statement on Jan. 9.

"After many months of reflection and internal discussions, we have chosen to make a transition this year in starting to carve out a progressive new role within this institution," the statement from Prince Harry and his wife Meghan Markle said. 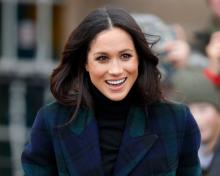 Meghan Markle is suing a British newspaper for publishing her personal letter, according to BTA news agencies.

In an emotional statement, Prince Harry said he and his wife had taken legal action in response to what he described as "ruthless" treatment by some sectors of the British press.

"Though this action may not be the safe one, it is the right one."

The day it became clear that Prince Harry and Meghan Markle are engaged, the world knew that something unacceptable so far will happen in the royal family.

She is an American actress and divorced older than the prince, in other words, there are all conditions that marriage should not take place.

So it is a sponge! Prince Harry and Meghan Markle's wedding cake was a good old Victorian sponge cake. Though it is one of the classics in British baking, having a sponge cake for a royal wedding is a huge shift from the tradition of British wedding cakes. According to custom, it had to be a fruitcake with royal icing.