Finance Minister Mehmet ?im?ek has backed the Central Bank amid increasing criticism against the bank from political circles due to its rate policies.

?The Central Bank has performed well and the government trusts the bank,? ?im?ek said in a meeting in the Black Sea province of Sinop on Feb. 14. 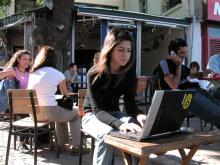 The Finance Ministry is working on a draft to allow Twitter to open an ?electronic office? in Turkey, which will allow the microblogging giant to pay taxes in Turkey and ease tensions with Ankara.

The United States and Turkey have agreed to conduct a joint effort to cut the funds financing the Islamic State of Iraq and the Levant (ISIL), while G-20 member states have also committed to further cooperation against terror financing.

What happens when the political will suppresses public institutions? We have had an experience of this in Turkey in the past week.

I am indeed talking about the interest rate and the flight of foreign currency. Let us leave the technical side of the issue to the economists and instead simply look at the institutional side.

The difference of opinion between the president and the government, and also within the government itself, about economic policies is getting deeper.

Following President Recep Tayyip Erdo?an?s statement last week about interest rate cuts, it was observed that the difference of opinion was not only limited to monetary policies, but had also spread to several main areas.

The difference of opinion about Turkey's economic policies between the president and the government - and also within the government itself -  is deepening.

After President Recep Tayyip Erdo?an?s statement last week demanding interest rate cuts, it was observed that the difference of opinion was not limited to monetary policies, but also spread to several main areas.

Turkey's economy will grow some 4 percent in 2015 and inflation will fall "comfortably" to a Central Bank forecast of 6.1 percent, Finance Minister Mehmet ?im?ek said Jan. 15, pledging continued fiscal discipline ahead of a June election.

Turkey?s gross domestic product is expected to grow at around 3 percent in 2014. This growth rate is a ?modest high? when the current situation in the European markets, Turkey?s main trade partner, is considered, along with the surrounding geopolitical risks. 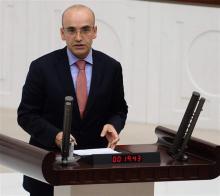 Turkey?s economic growth in 2014 is expected to be around 3 percent, Finance Minister Mehmet ?im?ek has predicted, below an official target of 3.3 percent in the country?s medium-term program.

Mustafa Ali Tonbul (R) after his surgery with his father, Mehmet.
A 17-year-old high school student sentenced to three months in jail with four other teenagers by a Childrenâs Court for setting up tents during last yearâs Gezi protests in Ä°zmir has expressed his dismay for the ruling handed out Dec. 26.