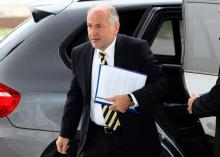 The trial of Visnja Acimovic, who is accused of involvement in the shooting of 37 Bosniak men at Mracni Dol near the Susica detention camp in the Bosnian municipality of Vlasenica in June 1992, opened at Belgrade Higher Court on Monday.

The mayor of Vlasenica, Miroslav Kraljevic, will go on trial in Sarajevo next month with co-defendants Radenko Stanic and Goran Garic for the persecution of Bosniak civilians during the war in 1992 and 1993, it was announced on Wednesday.

Prosecutors in Bosnia-Herzegovina says they have charged a Bosnian Serb mayor and three other former police officers with war crimes committed during the 1992-1995 war that followed the breakup of Yugoslavia.