U.S. President Donald Trump weighed in Jan. 9 on fevered speculation about a potential 2020 White House bid by Oprah Winfrey, saying she probably would not run against him, but if she did, he would win.

US President Donald Trump unconditionally plans to run for a second term in the White House in the 2020 elections, because his achievements speak for themselves, spokesman Hogan Gidley told reporters last night, quoted by DPA.

Authorities in California issued evacuation orders after the state faced the fire Thomas, considered the third most devastating since 1932, the France press reported.

US President Obama speaks during the dedication and grand opening of the Smithsonian Institution's National Museum of African American History and Culture.

The world's most influential women will gather at the Women in the World (WITW) Summit in New York on April 6 for the seventh time, along with many notable participants from Turkey.

Daily Hürriyet Chairwoman Vuslat Do?an Sabanc? is scheduled deliver a speech at the opening session of the summit, which is also sponsored by the Ayd?n Do?an Foundation.

A number of high-profile entertainers - including Oprah Winfrey, Mary J. Blige, Charlize Theron and Meryl Streep - have signed an open letter calling on world leaders to fight for gender equality across the globe. 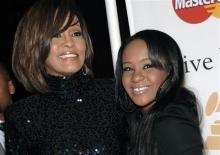 Bobbi Kristina Brown, the only child of pop legend Whitney Houston and singer Bobby Brown, died on July 26 aged 22, six months after she was found unconscious in a bathtub.

The king of late-night American television, David Letterman, broadcasts his final show on May 20, ending a 33-year run of unpredictable, caustic comedy that set him apart.

The longest-serving nighttime talk show host on U.S. television with more than 6,000 shows to his name, 68-year-old Letterman has been honored with tributes in the U.S. media, and by a host of celebrities. 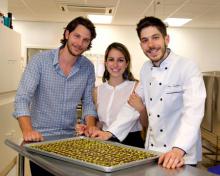 The U.S. anti-doping chief Feb. 11 dismissed accusations of a ?witch hunt? against Lance Armstrong and said he was delighted with reforms aimed at cleaning up cycling.