The St. Paul Church, St. Paul's Well and surrounding historical quarters in the southern province of Mersin's Tarsus district are among the most important faith tourism attractions in the city and draw the interest of Christians worldwide.

According to data gathered by state-run Anadolu Agency, some 53,736 domestic and foreign tourists visited the area in 2019.

According to the newspaper, eight are the most important: Ostrog, Moraca, Savina, Djurdjevi stupovi, Miholjska prevlaka, the Monastery of St. Peter Cetinje, the Church of the Holy Apostles Peter and Paul and the monasteries on Lake Skadar.

Monsignor Aurel Perca, who was appointed by Pope Francis as the Metropolitan Archbishop of Bucharest, was invested on Saturday within a solemn Holy Mass officiated in the "St. Joseph" Cathedral in Bucharest. Through this celebration His Excellency Aurel Perca took possession of the Roman-Catholic Archdiocese of Bucharest from Monsignor Ioan Robu.

The coffin bearing the earthly remains of Queen Mother Elena of Romania will arrive in the country on October 18, the Press Bureau of the House of HM The Crown Custodian announced in a release sent, on Tuesday, to AGERPRES. 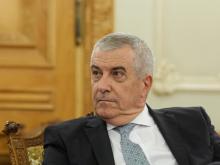 The Speaker of Romania's Senate, Calin Popescu Tariceanu, who served as Prime Minister from 2004 to 2008, faces a vote on immunity in parliament after anti-corruption prosecutors on Wednesday sought to start an investigation.

Archbishop Ieronymos on Wednesday presided over the annual memorial service held for Greece's late royal couple Paul and Frederica at the cemetery of the former royal estate in Tatoi, on Mount Parnitha north of Athens.

The service was attended by former king Constantine II, his wife Anne-Marie, their son Nikolaos and his spouse Tatiana Blatnik, among others.

Members of several European royal houses, as well as royals from as far away as Bahrain and Japan, are set to gather in Bucharest at the end of the week to attend the funeral of Romania's last monarch, King Michael I, who died last week aged 96.

The king died at his modest residence in the village of Aubonne , in Switzerland, after over a year of battling cancer.

A British expat living in Taiwan angered his wife when he made the drunken decision to tattoo the island’s name on his forehead in huge Chinese characters.

Romanian senators are to discuss a bill on Wednesday that would forbid the president from naming the chief prosecutors at the country's anti-graft watchdogs - a move which has caused new tensions between the ruling Social Democratic Party-Alliance of Liberals and Democrats coalition and President Klaus Iohannis.

For the first time in the history of the most prestigious international festival in Bulgaria three films created by Bulgarian authors and with majority domestic funding will be presented before the international jury, which traditionally awarded the Grand Prize of the festival Sofia - City of Film, provided by Sofia Municipality.