Journalist Paul Mason’s new documentary “This is a Coup” gives a telling look at the days leading to the July 5 referendum in Greece. Exclusive live coverage of behind-the-scenes developments in the Greek government show that the Greek bank holiday was not as surprising a development as it seemed at the time.

Greek Prime Minister Alexis Tsipras talked to Paul Mason, the economics editor at Channel 4 News, and said his government could have been “braver” during its bailout negotiations with the European Union.

“I think we lost time, and at the end we were out of force and out of money,” he says. “If we knew that we would have made more brave decisions at the beginning”.

This is Channel 4 financial analyst Paul Mason’s take on the Greek media reports citing a “Juncker compromise” to accelerate negotiations between cash-strapped Athens and its Eurozone partners-cum creditors. The IMF is reportedly balking at joining euro area countries in more bailout funds.

Finance Minister Yanis Varoufakis is a consultant to a controversial Singaporean company that launched the digital currency Bitcoins. 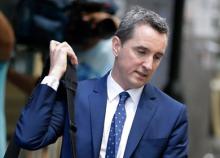 The European Commission’s representative in the EC-ECB-IMF troika negotiating with the Greek government has vetoed measures envisioned by the new Greek government to alleviate what the latter calls the “humanitarian crisis” in the country.

Well known Channel 4 journalist Paul Mason revealed the name of the person who “snitched” Samaras government for chosing a two month extension rather than a six month one offered by partners.
Most specifically, as he wrote on tweeter “I’ve learned that Juncker told Tsipras. Samaras was offered a 6 month extension to Troika program but asked for 2, shortening crisis timetable”.