Vasvija Vidovic, a lawyer who has represented former Bosnian Army soldiers at the International Criminal Tribunal for the Former Yugoslavia and the Bosnian state court, argued that defendants find themselves difficult financial situations because trials are long-running and very expensive.

An official state ceremony led by President Aleksandar Vucic was held in the southern Serbian city of Nis on Sunday evening, while at the same time nationalists protested in Belgrade on the anniversary of the start of the NATO military campaign on March 24.

Vucic told about 2,000 Serbians who attended the ceremony in Nis that the NATO bombing was a crime.

That he was also a common crook who served 11 months in prison for fraud in 1984 was not part of this carefully crafted public persona.

On a weekday afternoon in the Serbian capital Belgrade, a small watering hole called Luda Kuca - Madhouse - is crammed with elderly but chatty regulars. 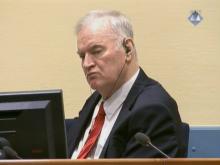 Defence lawyers for Ratko Mladic, who is appealing aganst his war crimes conviction, say they will file a request for a four-day leave from detention for the former Bosnian Serb Army chief. 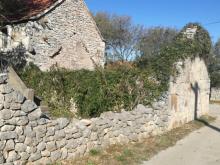 The State Attorney's Office in Split said on Thursday that it will begin an investigation into an unnamed 72-year-old Serbian citizen accused of crimes against prisoners during the war in 1992 and 1993. 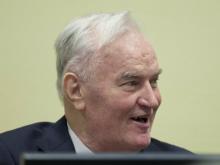 The Mechanism for International Criminal Tribunals said it is investigating whether Ratko Mladic, who is in custody pending his war crimes appeal, broke any rules by speaking on a Serbian television show by phone. 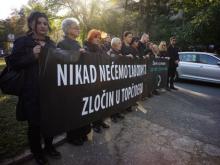 Serbian activists rallied on the 14th anniversary of two soldiers’ unexplained killings at a Belgrade barracks where war crimes suspect Ratko Mladic was allegedly hiding, while the men’s families demanded progress in the investigation. 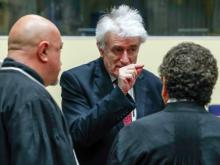 Former Bosnian Serb leader Radovan Karadzic asked the UN court in The Hague to exclude judge Theodor Meron from his appeal procedure due to alleged bias, after he was removed from Ratko Mladic’s trial. 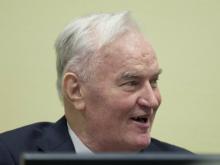 Genocide and war crimes defendant Ratko Mladic has been asked to be the honorary president of the Organisation of Military Chiefs of the Bosnian Serb Army - a move likely to offend war victims.