Special Counsel Robert Mueller has at least four dozen questions he wants to ask President Donald Trump in his investigation of possible collusion between the Trump campaign and Russia, the New York Times reported on April 30.

The Guardian - The most famous names of American journalism were honoured on Monday with Pulitzer prizes for investigating Donald Trump and exposing endemic sexual harassment in Hollywood.

And in a dramatic cultural breakthough, 30-year-old rapper Kendrick Lamar won a Pulitzer for music in a category long reserved for classical works.

President Donald Trump said on Jan. 24 he “would love to” be questioned under oath by Russia collusion prosecutor Robert Mueller, adding it could happen in the coming weeks.

Special counsel Robert Mueller’s team of investigators has expressed interest in speaking with President Donald Trump as part of a probe into potential coordination between Russia and the Trump campaign, a person familiar with the matter said Jan. 8.

The top Democrat on the U.S. Senate Intelligence Committee, responding to escalating Republican attacks on Special Counsel Robert Mueller, said on Dec. 20 that if President Donald Trump fires Mueller, it “has the potential to provoke a constitutional crisis.” 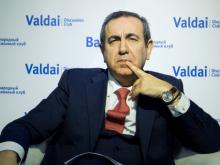 Joseph Mifsud, mentioned as a central figure in allegedly links between Donald Trump's presidential campaign and Russia, once taught at a private university in the Croatian city of Dubrovnik. 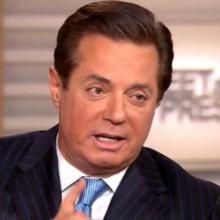 First indictment after the investigation into Russian intervention in the US elections. Former head of the presidential campaign of Donald Trump is accused of plotting against the United States, the World Agencies have reported.

The accused is Paul Manafort, who himself surrendered to the FBI. Earlier, his home in Virginia was searched, reminds bTV.

Special counsel Robert Mueller's team of investigators has been seeking information from the White House related to Michael Flynn's stint as national security adviser and about the response to a meeting with a Russian lawyer that was attended by President Donald Trump's oldest son, The Associated Press has learned.

Hundreds of fake Facebook accounts, probably run from Russia, spent about $100,000 on ads aimed at stirring up divisive issues such as gun control and race relations during the 2016 U.S. presidential election, the social network said on Sept. 6.