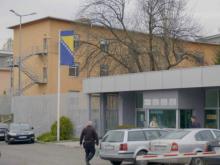 The first prosecution witness told the Bosnian state court on the opening day of the trial of eight former Bosnian Army soldiers on Friday that he saw the corpses of the victims at a secondary school gym in Krizancevo Selo, near Vitez, on December 22, 1993.