Minister of Foreign Affairs Bogdan Aurescu participated today in the 16th Bled Strategic Forum - Slovenia, where he was invited to speak at the panel on "EU's Challenging Eastern Partnership Summit 2021: Calibrating its Agenda".

EU foreign ministers will meet on Monday in Luxembourg to blacklist dozens more supporters of Belarusian President Alexander Lukashenko in a bid to tighten the vice on his government and strengthen its opponents, news wires reported. Seventy-eight individuals are to be hit with measures like EU travel bans or having assets located in the bloc frozen, EU sources told dpa last week.

Foreign Affairs Minister Bogdan Aurescu will attend, on Monday, the meeting of the foreign ministers of the EU Member States (Foreign Affairs Council), which will take place in Luxembourg. 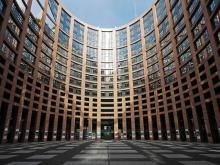 Only those who have permanent residence permits in a foreign country are allowed to leave the country. The opposition assessed it as "an absolute violation of the law". 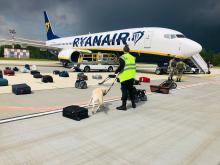 In addition to reporting on Belarusian security forces' violent crackdown against peaceful demonstrators, Nexta had provided daily instructions on when, where, and how Belarusians should mobilize during last fall's countrywide mass protests against Lukashenko's bogus election victory. Its Sunday calls for a National March for Freedom brought as many as 200,000 people into the streets of Minsk.

Belarusian dissident journalist Roman Protasevich was arrested on Sunday after Belarusian authorities diverted Ryanair flight from Athens to Vilnius of a possible bomb threat and forced it to land at an airport near Minsk.

Fears are growing that the Belarusian journalist who is well-known critic of President Lukashenko, has been subject to torture while in custody.

Sunday's presidential election giving Lukashenko a sixth term in office was, like all but one since 1994, deemed by the EU to have been neither free nor fair. Despite a strong challenge from former teacher Svetlana Tikhanovskaya, the autocratic president implausibly won 80% of the vote.