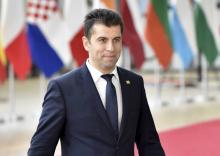 "The National Assembly today made a really responsible decision", said the resigned Prime Minister Kiril Petkov on the occasion of giving a mandate to lift the veto for EU negotiations with RNM.

From Brussels, where he is at the European Council, Petkov said that he should thank a lot of people who helped to achieve this result.

"We Continue the Change" (WCC) is ready to take the first term to form a government and try to find 121 independent deputies for the new cabinet.

At the suggestion of DPS and GERB and with the support of "There Is Such a People" and "Vazrazhdane", the meeting of the parliamentary commission, which was to hear Foreign Minister Teodora Genchovska on the French proposal for negotiations with North Macedonia, was postponed.

Today, the parliament is debating the requested resignation of its chairman Nikola Minchev. The request was initiated by "There Is Such a People" and supported by GERB, the "Movement for Rights and Freedoms" (DPS) and "Vazrazhdane".

Two other ministers of the political party "There Is Such a People" - Alexander Nikolov and Teodora Genchovska - the energy and foreign ministers have resigned today.

"We no longer have a place in this coalition," announced the showman and leader of the party "There Is Such a People" Slavi Trifonov in a statement broadcast live on Facebook.

"The Ministers of 'We Continue the Change' are leading the country to bankruptcy", he announced.

The perpetrator, who set fire to the front door of the "Ivan Mihailov" Cultural Center in Bitola, North Macedonia, was caught. This was announced by the Macedonian Minister of Interior Oliver Spasovski on his Facebook account.

The 34-year-old singer Lambe Alabakovski has been arrested. He works and lives in America, but returned to Bitola a few weeks ago. 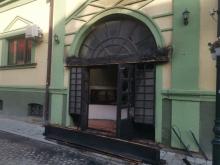 Early this morning, the "Ivan Mihailov" Cultural Center in the town of Bitola, in the Republic of North Macedonia, was set on fire.

Azerbaijan will supply gas to Bulgaria for 25 years, as agreed between the two countries. This was stated by the country's Foreign Minister Jeyhun Bayramov.

Ukraine wants Bulgaria to provide weapons and support for the country's EU membership. This was stated by the Deputy Prime Minister of Ukraine Olha Stefanishyna before the forum "EU meets the Balkans", which is being held today in Sofia.