Egypt announced that the restoration of the gilded gold-plated coffin of the famous Pharaoh Tutankhamun had begun for the first time. This is happening ahead of the expected opening of a new museum next year, the BTA quoted the Associated Press as saying.

The golden sarcophagus of the most famous ancient Egyptian pharaoh Tutankhamun, who lived more than 3.3 thousand years ago, will be restored in Egypt to be exhibited in one of the halls of the new Egyptian Museum near the Pyramids of Giza. 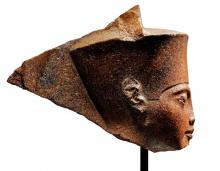 Egypt has asked international police agency Interpol to track down a 3,000-year-old Tutankhamun artifact that was sold in London for $6 million despite fierce opposition from Cairo, government officials said. 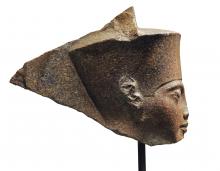 The Egyptian embassy in London requested that Britain prevent the planned sale by Christie's of an ancient sculpture representing King Tutankhamun's head and return it to Egypt, Cairo said.

The legendary treasure of ancient Egypt's boy pharaoh Tutankhamun, some of which is touring the world for the first time, is shrouded in richness and mystery. At least one million people are expected to flock to a "once in a generation" exhibition, titled "Tutankhamun: Treasures of the Golden Pharaoh," which opened in Paris at the weekend. 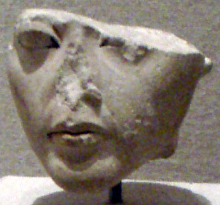 Entitled "Antique Romance," the exhibition consists of a considered and minimal selection of paintings and sculptures that showcase the two main sides of Maris' practice.

IN the innermost chamber of the site said to be the tomb of Jesus, a restoration team has peeled away a marble layer for the first time in centuries in an effort to reach what it believes is the original rock surface where Jesus’ body was laid.