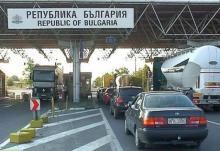 Queues at border checkpoints of Bulgaria with Greece after lifting of the quarantine were not an assessment of the quality of tourism or a sign that Bulgarians preferred Greek beaches to the Black Sea coast, said Deputy Speaker of the Parliament Valeri Simeonov and Minister of Tourism Nikolina Angelkova.

BRITS could return to Bulgaria's Sunny Beach as soon as July as the country reduces its lockdown measures.

To encourage tourists, beaches will also offer free loungers, sun beds and tables when they open again for business.

Venelin Petkov, the head of news, current affairs and sport at private channel bTV, said on Tuesday that he intends to sue United Patriots leader Valeri Simeonov for calling him and his colleague Anton Hekimyan corrupt during a broadcast on Bulgarian National Television.

"See you in court," Petkov wrote on Facebook in response to Simeonov's accusations.

Amid major changes to gambling laws in Bulgaria, the most influential figure in the sector, Vasil Bojkov, a billionaire businessman, football boss and former owner of the recently-nationalised National Lottery is facing deportation from the United Arab Emirates after his recent arrest. 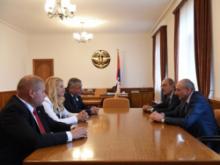 The visit of the Bulgarian MPs Valeri Simeonov and Yordan Apostolov to the occupied territory of Azerbaijan Nagorno-Karabakh and their meeting there with representatives of the illegal separatist regime is a direct violation of international law, Azerbaijani MP from the ruling New Azerbaijan Party Elman Nasirov told Trend.

Valeri Simeonov and the deputies from the National Front for the Salvation of Bulgaria (NFSB) reintroduce to the National Assembly amendments to the Health Act, which provide for a ban on hookah smoking indoors.

This summer, the number of tourists is less than in 2018, but there is a growth in revenue, Valeri Simeonov, deputy and leader of NSFB (National Front for the Salvation of Bulgaria), said after a meeting of the Regional Tourism Council in the seaside town.

Late last night, the names of all 17 new MEPs became clear. The CEC officially announced the results of Sunday's European elections. Thus, 5 Bulgarian parties and coalitions will have their representatives in the new European Parliament. These are GERB, BSP, DPS (MRF), VMRO (IMRO) and Democratic Bulgaria.

Regional Electoral Commissions have processed over 90% of section electoral commission protocols. In the early afternoon, these protocols are expected to arrive at the CEC where re-counting begins. This is what the CEC spokesman Alexander Andreev told the Bulgarian National Radio.

MPs on 8th of March voted to approve an amnesty of overdue liabilities incurred by religious denominations. The debt is to be written off through amendments to the Religious Faiths Act, which were approved at first reading by votes from GERB and MRF. United Patriots were against, reports BNT.