The prosecution at the trial of Jovica Stanisic and Franko Simatovic at the Mechanism for International Criminal Tribunals in The Hague on Thursday used excerpts from Ratko Mladic's war diary in an attempt to prove that the Serbian State Security Service, where the defendants were senior officials, sent paramilitary units from Serbia to Bosnia and Herzegovina in autumn 1995 and had control over 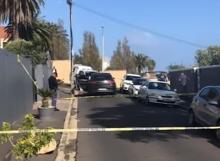 It was announced several years ago that Mihalik had become the legal representative of Dobrosav Gajic - convicted in Serbia for the murder of Zeljko Raznatovic aka Arkan.

Local media say tody that the 50-year-old lawyer's killing could be connected to the trial to suspected criminal Nafiz Modack. 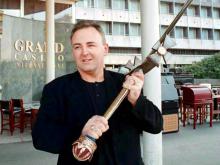 A witness told the trial of former Serbian security officials Jovica Stanisic and Franko Simatovic that he saw Zeljko Raznatovic, alias Arkan, shoot a captive dead in Bosnia and Herzegovina in 1995. 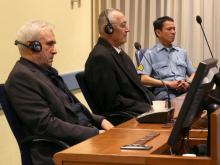 An ex-member of the ‘Scorpions’ paramilitaries told the Hague Tribunal that his unit and the ‘Tigers’ led by Zeljko Raznatovic, alias Arkan, were under the control of the Serbian security service in the Bosnian and Croatian wars. 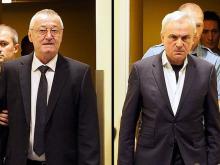 A prosecution witness told the retrial of former Serbian security service chief Jovica Stanisic and his deputy in The Hague that notorious paramilitary leader Zeljko Raznatovic, alias Arkan, said Stanisic was his boss. 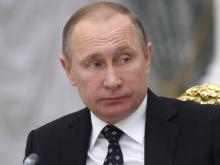 A wax effigy of Vladimir Putin will go on show in the Wax Museum in Jagodina in early March, standing next to sports star Novak Djokovic, the scientist Nikola Tesla and late Yugoslav strongman, Josip Broz Tito.

Dragan Markovic, president of the local assembly of Jagodina, told BIRN that Putin's wax figure was ready and he hoped Russian diplomats would come and see it unveiled.