While millions in Turkey lock themselves in their homes in line with the country's measures to stem the spread of the COVID-19, some people in Turkey are living in parks during the country's full-on lockdowns.

Turkey imposed a three-day curfew in 31 provinces beginning on April 30 midnight until last night in an effort to stem the spread of the novel coronavirus. 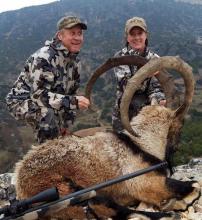 A U.S. couple have hunted and killed a mountain goat in the eastern province of Adıyaman after being given permission by the Nature Conservation and National Parks Directorate.

Hunting activities are permitted by the directorate within the scope of hunting tourism in the mountains of Sincik district. 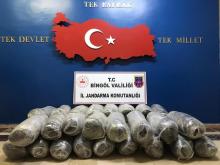 The gendarmes in southeastern Diyarbakır province seized 515 kg (1,135 lbs) of marijuana, according to the local governor's office. 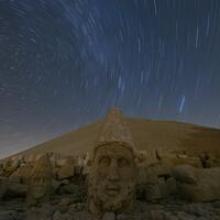 Visitors snap photos of massive stone heads that stare down on them from the summit of Mount Nemrut. (Source: The Associated Press)

Bitlis Valley Nature and Sports Club members have tagged the summit of Mount Nemrut, in the eastern province of Adıyaman.

The relief on a Roman-era rock, found in the southeastern province of Adıyaman's Kahta district, depicts a man and a woman shaking hands. The 10-ton rock was carried to the Adıyaman Museum, director Mehmet Alkan said, adding that it is most probably depicting a 'farewell scene' for one of the partners who died.

A 65 million-year-old huge snail fossil, used as a brick on the wall of a house in the southeastern province of Adıyaman, has been removed and taken to a museum.

A 65-million-year-old giant snail is the highlight of a new exhibition in the eastern Turkish province of Adıyaman.