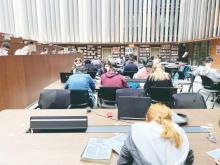 Some 16,000 libraries have been established across the country in two months, said the education minister.

Speaking at the opening ceremony of the library in a high school in the capital Ankara, named after psychiatrist Erol Göka, Education Minister Mahmut Özer said that 16,361 schools that did not have a library have been provided with libraries in the last two months. 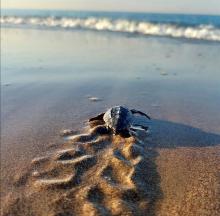 The number of Caretta caretta nests in the southern province of Antalya's Belek district has decreased by 61 percent following the 1-degree Celsius drop in sea water temperature. 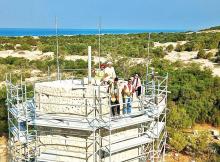 The monumental inscription, a part of the lighthouse in the ancient city of Patara in the southern province of Antalya's Kaş district has taken its original place.

Travel writers have penned the "10 wonders" of the southern province of Antalya, which draws attention with its natural beauties, ancient cities, beaches and nature and welcomes millions of local and foreign holidaymakers every year.

Nature associations and bird watchers have criticized the Central Hunting Commission's decision that some 29 bird species will be on the list of hunters in the new hunting season, which will start on Aug. 20.

A Turkish farmer has started receiving orders from Italy after he improved the seeds of a region-specific eggplant in the Central Anatolian province of Kırıkkale, making them three times more productive.

More than 1 million Germans have visited the southern province of Antalya since the start of the year, over-taking Russians after five years.

Many resort towns in Türkiye's coastal provinces have become overcrowded with holidaymakers as millions hit the road to stop by the coastal provinces to enjoy the sunny weather, beaches and sea during the Eid al-Adha holiday.

Following the murder of Ekrem Karakaya, a doctor in the Central Anatolian province of Konya, on July 6, nearly a thousand doctors and health workers came together in the hospital garden to protest against the armed attack, with some demanding faster and stricter action to prevent violence against healthcare professionals. 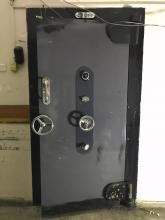 During the restoration of the building in the Turkish Central Bank's branch in the southern province of Antalya, which was built in 1963, the details noticed in the vault revealed that extraordinary measures were taken against a robbery attempt, such as reinforced walls and a fake safe entrance.