The full text of the letter, sent to Senators Friday, follows:

Defence Minister Evangelos Apostolakis, the former Chairman of Greece's Joint Chiefs of Staff, has welcomed the Eastern Mediterranean Security and Energy Partnership Act of 2019 as a move that confirms and upgrades Greece's strategic role in the broader region.

A bi-partisan bill - Eastern Mediterranean Security and Energy Partnership Act of 2019 - tabled in the US Senate by Bob Menendez (Dem. - New Jersey) and Mark Rubio (Rep. - Florida) provides for the lifting of the arms embargo on Cyprus, military aid to Greece, and support for the trilateral Greece-Cyprus-Israel energy and defence cooperation.

The Romanian tennis player Simona Halep, 2nd seed, has impressively qualified for the semifinals of the Miami WTA 9,035,428 USD tournament (Florida/USA), after defeating on Wednesday the Chinese Qiang Wang, 6-4 7-5. Halep (27 y/o, WTA #3) closed the match in one hour and 38 minutes, and if qualified for the final she will resume her WTA 1st spot.

President Trump announced Sunday that the US and China had made "substantial progress" in their trade talks and that he was postponing raising tariffs on Chinese goods while a deal is finalized, FORBES writes.

Emily Hunt, a flight attendant for Southwest Airlines, drops off a donation of food for TSA workers at Orlando International Airport on Jan. 15. Florida airports are helping federal workers who aren't getting paid during the government shutdown by offering free food, holding a food drive and opening a food bank. (AP Photo / John Raoux)

Plovdiv was ranked New York Post for the best tourist destinations for next year. The city under the hills and the Normandy region of Northwest France are the only European locations on the list that include a total of 12 locations all over the world. 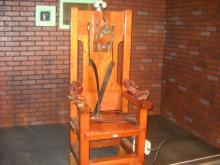 The southern US state of Texas was on Tuesday scheduled to execute a convicted killer and rapist over a 1993 attack on a newlywed couple, reported AFP

Alvin Braziel, 43, was set to die by lethal injection Tuesday evening at the Texas state prison in Huntsville.

He was convicted in 2001 of attacking Douglas and Lora White, who had been married just 10 days.