PARIS - The Serbian men's national basketball team has been drawn to play in EuroBasket 2015 Group B in Berlin, and will take on Spain, Turkey, Italy, Iceland and hosts Germany.

The draw ceremony took place at Disneyland Paris on Monday.

A riot at maximum security Korydallos Prison in Athens on Friday morning has been brought under control, according to authorities.

Officers of the police's special forces unit (EKAM) and guards were called in to deal with the incident which occurred after the grandmother of a Georgian inmate was arrested while trying to smuggle a large quantity of drugs into the facility.

The United States has transferred five Guantanamo Bay prisoners to Europe as part of efforts to empty and close the controversial U.S. military detention center in Cuba, officials said Nov. 20.

Three Yemeni prisoners were sent to Georgia, while a fourth Yemeni and a Tunisian were transferred to Slovakia, Pentagon spokesman Lieutenant Colonel Myles Caggins said. 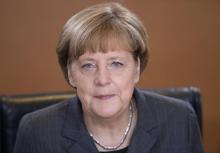 
BERLIN -- German Chancellor Angela Merkel has warned, in the context of the situation in Ukraine, about the Russian influence in Moldova, Georgia, and the Balkans.

Risks and threats to the national, regional and global security on the Balkan Peninsula and in the Black Sea region are on the agenda of an international conference that begins Thursday.

Participants are to discuss developments in Ukraine and the offensive of Islamic State (IS) and also their impact on Bulgaria and its neighbors.

Prime Minister Victor Ponta, the candidate of the electoral alliance made up of the Social Democratic Party (PSD), the National Union for Romania's Progress (UNPR) and the Conservative Party (PC) in the presidential elections, believes that Vladimir Putin and the Russian Federation currently represent the highest security risk to our region and to Romania after 1989.

The Permanent Electoral Authority (AEP) is organizing, on Saturday and Sunday, an electoral observation program for the elections for the President of Romania with international participation during which participants can familiarize themselves with the AEP's activity and the electoral system in place for the presidential elections of November 2.

Chamber of Deputies' Speaker Valeriu Zgonea said on Wednesday that the phone talk United States Vice President Joe Biden had on Tuesday with Romanian Prime Minister Victor Ponta on regional and security issues proves that the Romanian PM is already perceived by Romania's allies as the main partner of dialogue on the hot issues that top the agenda of this part of Europe.

Romania will stay the most dedicated advocate of the countries heading towards European integration, be it Moldova, Georgia, Ukraine, Serbia and the rest of the Western Balkan states, Romanian Prime Minister Victor Ponta said late on Monday in opening remarks to the dinner given at the end of the first day of the EU-South East Europe Summit titled "On the Road to Stability and Gro

The secretary of state with the Foreign Affairs Ministry (MAE), Bogdan Aurescu told AGERPRES, on the occasion of the opening of a new commercial maritime line on the Black Sea which connects Romania, Georgia and Ukraine that this is an important moment, given that last year our country has had with the two states almost 2.5 billion USD commercial exchanges.