National Liberal Party (PNL) Chairman Klaus Iohannis on Wednesday sent a message on Republic of Moldova's Independence Day, in which he maintains that this country has been and it still is Euro-Atlantic Romania's major theme.

Romania's Prime Minister, Victor Ponta, on Monday said that one of his objectives at the upcoming NATO summit in Wales is to obtain a commitment for a “clear NATO military presence" in Romania and the region.

Premier Victor Ponta attends today at the 'St. George the New' Church in downtown Bucharest the religious commemorative ceremony marking 300 years since the martyr death of Prince Constantin Brancoveanu (1654 - 1714) and his four sons.

Turkey and Germany are conducting an observation flight over Georgia under an international treaty of Europeâs security body, the Turkish General Staff announced on Aug. 12.

In addition to representatives of the host city, this year's festival programme will gather folk dance groups from Bulgaria, Georgia, Spain and Republika Srpska (Serb entity in Bosnia-Herzegovina).

The last surviving crewman of the Enola Gay â the U.S. plane that dropped the first atomic bomb on Japan near the end of World War II â has died. 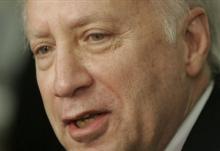 On arrival in Skopje on Monday, UN mediator Matthew Nimetz said he was bringing no new proposal on his two-day visit, but rather old ideas that were worth considering further.

“I don’t have a new proposal but I have some things in my head," Nimetz told reporters.