"We welcome the Turkish offer of mediation not only in defusing the current situation but also in helping to bring lasting peace and stability to South Asia by helping Pakistan and India sit together and have a meaningful result-oriented conversation on the core issue that afflicts South Asia, and that is Kashmir," Muhammad Syrus Sajjad Qazi told Anadolu Agency.

India said Feb. 26 its warplanes launched a strike on a militant camp that killed a "very large" number of fighters preparing an attack, in a move that worsens tensions with arch-rival Pakistan over disputed Kashmir.

The Government of India condemns in the strongest possible terms the cowardly terrorist attack on our brave security forces in Pulwama, Jammu & Kashmir (14 February 2019).

The ninth edition of Ethnofest returns to the Asty cinema in downtown Athens with more than 40 films from Papua New Guinea, Kashmir, Greece, France and other parts, as well as panel discussions and masterclasses, celebrating diversity and exploring different cultures. The event also includes special sections on the refugee crisis and health.

India and Pakistan have exchanged artillery fire in the disputed Kashmir region forcing hundreds of people to flee, police in Indian Kashmir said, raising fresh doubts about a 15-year-old ceasefire between the nuclear-armed rivals in the area.

Pakistani nationals living in Greece have seen a decline in racially motivated assaults recently, following a spike in such incidents, Pakistan's ambassador in Athens, Khalid Usman Qaiser, told on an event hosted by the embassy on Monday to mark "Kashmir Solidarity Day." 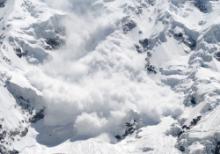 At least 11 people have died in the fall of an avalanche in the Indian part of Kashmir, the Bulgarian National Radio has quoted DPA. The Agency refers to local authorities. Two cars were overwhelmed by the avalanche. Police, army, and rescue teams pulled out the bodies of 11 people. Two survivors were taken to the hospital. Among the dead there are five women and a two-year-old child.

India can defend itself from anyone who seeks "to act against our country," Prime Minister Narendra Modi said in an Independence Day speech Aug. 15 amid a tense standoff with Beijing over a Himalayan plateau.

Two soldiers and three rebels were killed in an overnight gunbattle in Kashmir, officials said Aug. 13, in the latest bloodshed in the disputed Himalayan territory.

Hundreds of Indian soldiers and counter-insurgency forces surrounded Awneera, a village about 50 kilometers south of the main city of Srinagar, on Aug. 12 evening following a tip-off about armed militants in the area.