Ukrainian President Volodymyr Zelenskyy on Nov. 27 claimed that his country's intelligence service has uncovered plans for a Russia-backed coup d'etat in the country set for next week that allegedly involves one of Ukraine's richest oligarchs.

The 26th Boston Turkish Festival kicked off on Oct. 29 with the raising of the Turkish flag in Boston's Hall Square in the US state of Massachusetts.

Ceylan Özen Erişen, Turkey's Consul General in Boston, Erkut Gömülü, founding director of the festival and president of the Turkish American Cultural Society of New England, along with residents, attended the opening ceremony. 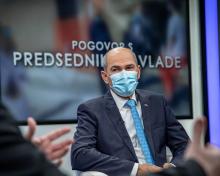 Ljubljana – Prime Minister Janez Janša said the government would “not cave to pressure” after Zoran Stevanović, the leader of the protests against the Covid pass mandate, called on the government to resign or face new protests, including a blockade of the upcoming EU-Western Balkans summit. He called on the competent authorities to take action.

Ljubljana – Prime Minister Janez Janša met Cardinal Pietro Parolin, the secretary of state of the Holy See, on Tuesday with the government reporting that they talked about the priorities of Slovenia’s presidency of the Council of the EU, relations between Slovenia and the Holy See, the Covid situation and other topical issues.

Iraqi war veteran and congressman of the Democrats from Massachusetts, Seth Moulton, and the Republican from Michigan, also a military veteran Peter Meijer, landed on a charter flight on Tuesday and spent several hours at the airport in Kabul, AP reports. 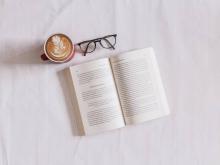 "Discrimination works like a poison," she says, alluding to her own experiences as a teacher in Hungary, when she was struck by the racist and sexist remarks directed to Roma or half-black students by fellow classmates.

"It was a real challenge learning how to handle it," the energetic forty-something woman admits. 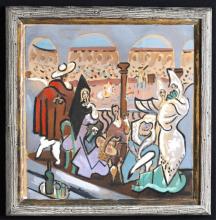 A mixed-media painting attributed to Pablo Picasso has been sold after spending 50 years in a closet in a house in Maine.