Olympic superstar Michael Phelps, who admitted this week he's fed up with losing in a comeback aimed at the 2016 Olympics, won the 200m butterfly on June 20 at the Santa Clara Pro Swim.

A US man was charged with helping to plan an attack on an event in Texas showcasing cartoons mocking the Prophet Mohammed and appeared in court June 16.

Former Florida Gov. Jeb Bush launched a White House bid months in the making with a vow to win the Republican presidential nomination on his own merits and stay true to his beliefs - easier said than done in a crowded primary contest where his conservative credentials will be sharply challenged. 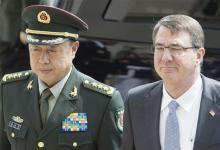 US Secretary of Defense Ashton Carter called June 11 on Beijing to stop building artificial islands in the disputed waters of the South China Sea, as he hosted a top Chinese general.

Cyprus got a fillip over the weekend when partners exploiting a natural gas field off the island announced that the Aphrodite field is viable and could yield up to eight eight billion cubic meters (bcm) a year.
The news also included plans for the construction of a pipeline to Egypt, Reuters reports out of Jerusalem.

Rain caused flooding on roads in parts of Texas on May 30, an official said, after severe weather killed at least 23 people during the week and prompted US President Barack Obama to declare a disaster in the state.

Around 75 people protesting against Islam gathered outside a mosque in Phoenix, bearing Muhammad sketches, a few weeks after the attack of armed gunmen during a Texas exhibition. 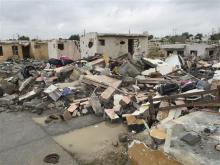 A tornado ripped into a town in northern Mexico on May 25, killing at least 13 people and flattening hundreds of homes in a deadly six-second blast of carnage, officials said.

A report that a hunter from Texas paid 350,000 USD to kill a threatened black rhino during a hunt in Namibia has caused an uproar with animal rights groups and environmental-savvy people everywhere. Corey Knowlton has received severe criticism, including life threats, but said that the hunt was part of the preservation plan of the black rhino.

Some 170 rival motorcycle gang members have been charged with engaging in organized crime linked to capital murder after a mass brawl at a Texas restaurant left nine people dead, police said on May 18.