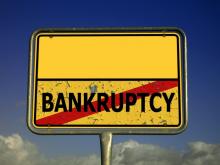 Financial police officers in Italy have arrested the president and CEO of the Bank for Economic Development in the Sicilian city of Catania. They have been charged with willful bankruptcy and other financial crimes.

After months of negotiations, the largest exhibition dedicated to Leonardo da Vinci, commemorating the 500th anniversary of his death, was opened in the Louvre.

The exhibition will feature drawings, sketches, paintings and other 160 works by the Italian Renaissance artist. Currently, over 220,000 tickets have been sold.

The 1962 Italian cult-comedy film "Il Sorpasso" captures two days in the lives of Bruno Cortona (Vittorio Gassman) and Roberto Mariani (Jean-Louis Trintignant) as they travel across Lazio and Tuscany. Directed by Dino Risi, the film is a popular example of commedia all'italiana.

Florence, May 3 - AGERPRES special correspondent Daniel Florea reports: President Klaus Iohannis, currently in Florence, on Saturday morning laid a wreath at the commemorative plaque dedicated to Alexandru Ioan Cuza, located next to the residence where the ruler spent the last years of his life.

An Italian regional councilor has called for using Turkey's giant Kangal shepherd dogs to protect flocks of sheep from the increasing number of wolves in Tuscany.

An Albanian archaeological site and post-Byzantine churches, Bulgaria's UFO-like communist monument and an abandoned casino in the Romanian city of Constanta have been selected among the 12 finalists for the pan-European "7 Most Endangered Programme 2018". 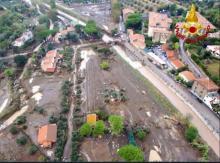 Six people have died and three are missing in the Italian town of Livorno, Tuscany, due to floods, Reuters reported on Sunday.

According to the France press agency quoting firefighters, the victims of heavy rainfall are over five, four of whom are a family found in their flooded house in Livorno, where four hours of heavy rain poured over the city, turning streets into rivers.

Torrential rain in Italy triggered flooding that killed at least five people on Sept. 10 in the Tuscan port town of Livorno, including four family members trapped by rising water in their basement.

The Italian news agency ANSA said the bodies of a 4-year-old boy, his parents and grandfather were found in the flooded basement of their two-family home.

French archaeologists have a mystery on their hands: is the 2,500 year old skeleton discovered in a royal tomb in northeast France on October 2014, male or female? And had this person been a Celtic prince or princess?