Bulgaria, a country playing a "central role in Europe's emerging energy picture", is becoming "the latest wishbone in the struggle between Moscow's efforts to to assert its energy dominance over Europe and the West's efforts to cage that gassy bear," according to Foreign Policy. 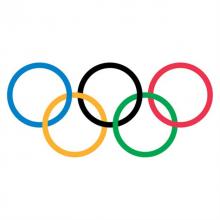 The United States Olympic Committee announced Tuesday it will bid to host the 2024 Summer Games, but the candidate city won't be selected until early next year.

Los Angeles, Washington, Boston and San Francisco all made their final pitches for staging the four-yearly showpiece to the USOC board of directors on Tuesday.

"It is hardly any secret that the aim sanctions is to create social and economic conditions to change [the ones in] power in Russia," a deputy minister has told Russia's lower house of Parliament, the State Duma.


FERGUSON -- Officials in the U.S. state of Missouri have ordered more National Guard troops to be sent to the town of Ferguson.

A police officer who shot and killed an African American youth there and whom a jury failed to indict has said his conscience was clear.


BELGRADE -- During his conversation with EU Commissioner Johannes Hahn in Belgrade, Aleksandar Vučić "reiterated Serbia's position on the Ukrainian crisis and Russia."

Following a new deadlock in talks between diplomats from Greece and the Former Yugoslav Republic of Macedonia (FYROM) over the Balkan state's official name, Washington has said it supports the continuation of United Nations-mediated efforts to resolve the longstanding dispute.

The U.S.-led coalition fighting against Islamic jihadists in Iraq and Syria would benefit from Turkeyâs permission to use its airbases, a U.S. commander has said. 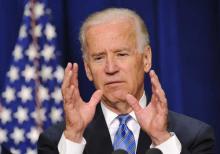 As Turkey fuels fears in the eastern Mediterranean by insisting on maintaining the seismic survey vessel Barbaros off the southern coast of Cyprus, Washington has expressed its concern over renewed tensions in the region and has underlined its support for Nicosias sovereignty and right to develop resources in its exclusive economic zone (EEZ).