On February 27, 1993, Nail Kajevic waited in the southern Serbian town of Prijepolje for his brother Nijazim to arrive by train from Belgrade. But when the train arrived after some delay, his brother was not on it and the other passengers had a gruesome story to tell. 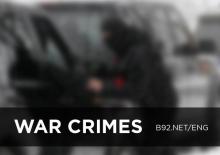 BELGRADE -- The Serbian War Crimes Prosecution on Tuesday announced that it had indicted five former members of the Bosnian Serb army (VRS) for war crimes.

The indictment concerns the Strpci case, when 20 passengers, mostly Bosniaks (Muslims) were taken from a Belgrade-Bar train 22 years ago, and later killed.

BELGRADE - The police in Bosnia-Herzegovina (BiH) and Serbia Friday morning arrested 15 persons suspected of kidnapping 20 people from a Belgrade-Bar train and killing them on the banks of the Drina River in Visegrad in eastern BiH on February 27, 1993.

Atifa Memovic last saw her husband two decades ago, but she remembers it as if it were yesterday. It was snowing, and Fikret, a railway worker, was wearing a jeans jacket with winter lining, a gray sweater over a checkered shirt, and on his wrist a Seiko watch. He kissed her and promised to be back on the afternoon train.

He never made it.

BELGRADE, SARAJEVO -- Five persons have been arrested in Serbia and ten in Bosnia-Herzegovina on suspicion that they took part in the 1993 kidnapping of train passengers.

The train was traveling on the Belgrade-Bar line when 20 passengers were taken out and later killed.

SARAJEVO -- The French police have arrested Bosnian Serb Radomir Šušnjar, a former member of a paramilitary group in Bosnia, wanted for war crimes.

The Belgrade appeals court reversed a ruling that the Yugoslav Army was responsible for the violation of the rights of Bosniaks attacked near the Serbian town of Priboj in 1993.