The ceremony took place on Saturday

As the 93rd Academy Awards Ceremony is fast approaching despite being delayed this year, Istanbul Modern Cinema presents a selection of 10 films from the "Best International Feature" category. 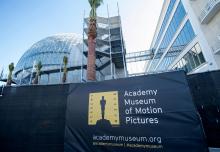 The long-awaited opening of Los Angeles' Oscars museum was postponed again on Dec. 18 due to the pandemic, with officials saying its scheduled April debut would be "irresponsible" as the city grapples with record coronavirus cases.

Next year's Oscars have been postponed by eight weeks to April 25 after the coronavirus pandemic shuttered movie theaters and wreaked havoc on Hollywood's release calendar, the Academy said on June 15. 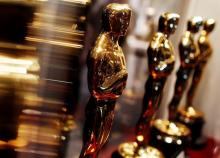 The move comes after years of criticism over a lack of diversity among the Academy of Motion Picture Arts and Sciences' members, and among the Oscar nominees and winners they select. 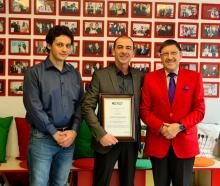 The editorial team at Novinite Group voted for Honorary Ambassador of Novinite.com 2019, part of Personality in the News 2019.

Next year's Oscars could be postponed due to the disruption caused by the coronavirus in Hollywood, trade publication Variety reported on May 19.

The movie industry's biggest night is currently scheduled for February 28.

This year's historic Oscars were watched by the award show's smallest ever audience, with just 23.6 million viewers tuning in to ABC's domestic television broadcast.