Some 43 people, including five foreigners, drowned in seas, lakes and dams in 22 provinces amid the long Eid al-Adha holiday.

According to data obtained by the state-run Anadolu Agency, 16 of those who died were children.

Istanbul and the Black Sea province of Amasya are two provinces with the highest cases, with five deaths each. 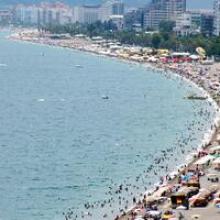 Those looking for an alternative spot to visit and spend the Eid Al-Adha holiday have flocked to the ancient city Ephesus and the Şirince neighborhood in the Selçuk district of the western province of İzmir on the Aegean coast. 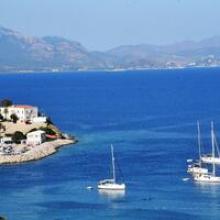 Located in the Aegean province of Muğla, the Datça resort town has become one of the top choices of holidaymakers during the Muslim holiday of Eid al-Adha. (AA Photo)

A Turkish defense firm on July 20 released images of its conceptual design for an unmanned combat aircraft system.

The images were released by the company, Baykar, on the first day in Turkey of the Muslim holiday of Eid al-Adha, or the Festival of the Sacrifice.

"We wish our nation and the entire Islamic world a healthy and happy Eid al-Adha," the manufacturer said on Twitter.

Turkey is tightening traffic checks and controls as millions of people are hitting the roads to travel to resort towns and other cities to benefit from the long Eid al-Adha holiday.

At least 60 people were killed in road accidents during the Eid al-Adha holiday last year.

Millions of people are expected to hit the roads to flock to Turkey's coastal provinces or their hometowns as Turkish authorities have extended the Eid al-Adha holiday. 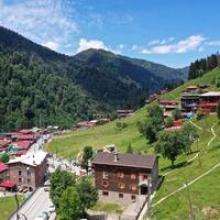 Ayder Plateau, one of the most important destinations for tourists in the Black Sea region, awaits visitors for the upcoming Eid al-Adha holiday. (AA Photo) 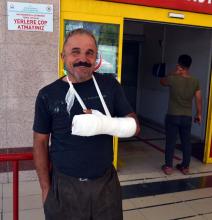 This week's Muslim holiday of Eid al-Adha was intended to follow the tradition of sacrificing and distributing the meat of farm animals, but many amateur Turkish butchers were hurt by their lack of experience.

Fifty people lost their lives in road accidents across Turkey this year during Eid al-Adha, the Interior Ministry has said.