Joe Biden and Boris Johnson will hold their first face-to-face meeting on June 10, during which they will lay the foundations for a new pact, despite Brexit and its consequences in Northern Ireland casting a shadow on the old "special relationship". 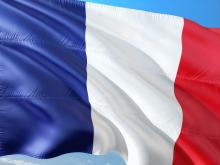 The UK government has announced its decision to delay deadlines for changing border controls in relation to the import of products from the EU into the UK with six months.

In an announcement yesterday the UK government said that it has reviewed time frame originally set out for its changed trading relationship with the EU.

In a few hours Britain will officially leave European Union.

Officials this afternoon attempted to play down fears of immediate post-Brexit queues at Britain's ports amid worries of a 'mission impossible' for hauliers.

Spain and Britain reached a preliminary agreement on Thursday to keep the Gibraltar land border open, just hours before Britain's full exit from the European Union.

As part of the agreement, Gibraltar, a British Overseas Territory located on Spain's southern tip, will remain part of European Union agreements such as the Schengen Area, Spanish Foreign Minister Gonzalez Laya said. 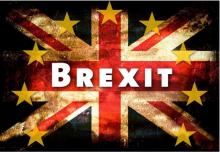 The European Union and UK have reached a post-Brexit trade agreement after months of tense negotiations.

"Deal is done," read the statement from Downing Street on Thursday afternoon -- swiftly followed by confirmation from EU in Brussels.

Ljubljana – Barbara Uranjek, director of the British-Slovenian Chamber of Commerce, has welcomed an agreement on future relations between the UK and EU. She urged companies to prepare in time for coming Brexit-related changes. The Chamber of Commerce and Industry sees the deal as a pleasant surprise and analyst Peter Verovšek considers it a win for the EU.

Turkey on Dec. 25 welcomed the last-minute post-Brexit trade deal between the U.K. and EU.

"Turkey welcomes the deal reached in the negotiations on the future of post-Brexit relations between the United Kingdom and the European Union," said the Foreign Ministry in a statement.

Political leaders in Europe on Dec. 24 hailed the belated sealing of a U.K.-EU post-Brexit deal that aims to lay the groundwork for long-term future cooperation.

British Prime Minister Boris Johnson lauded what he termed "a good deal for the whole of Europe," which offers "a new stability and a new certainty" to relations.