The Italian club has offered 3.5 million Euros to his Turkish club for the Greek international

Scandinavian countries are still on top 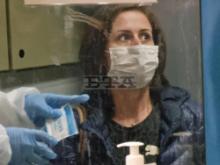 So far, the tests for coronavirus of all passengers, who were evacuated today with a flight of the Romanian airline TAROM from South Africa, are negative, the head of the Emergency Situations Department Raed Arafat was quoted as saying by AFP.

The Minister of Tourism, Vassilis Kikilias, expresses reasonable optimism for the next tourist season in an interview with the Financial Times.

"Having met most airlines and tourism providers in the UK, we can only be very optimistic about 2022," he said. He pointed out that "in 2022 Greece expects 35% more visitors from the United Kingdom compared to 2021".

Turkish Airlines has reported a net profit of $735 million in the first nine months of 2021, İlker Aycı, the flag carrier's chairman of the board, has announced.

"We managed to post profit at a time when other airlines, such Lufthansa, Air France-KLM and United Airlines recorded siginifcant losses.

The violations were carried out over the Northeast, Central, and Southeastern Aegean

Alitalia shut down after 75 years